I’m sharing this for my zombiriffic author friend Jean Booth! Celebrate all that is zombies with her new book, Zombified!

Join us on Friday, June 21, for the release of Zombie War: Zombified, the final in the Zombie War Trilogy by Jean Booth!

Supporting her brother during his experimental treatments, Jessica finds herself betrayed by the one person she loves more than anything. Now she’s forced to either give up, or find a way to survive with what he’s done to her. Craving things she never imagined, her body has transformed into a killing machine, bent on consuming the one thing she can’t live without – brains.

After months of killing, Jessica searches for a way to either end her existence or continue on without having to constantly kill others. She hears of a group of survivors and knows this is her chance. Now she’ll either live or die. The choice would be Sarah’s, the leader of this band of survivors.

Wounded from the fighting, infected blood mixing with hers from the slaughter, Sarah finds herself fighting for her life. Will her boyfriend, Matt, help her end it all, or will she become the monster they’ve been fighting against and devour all those she’d come to protect?

While watching Sarah struggle with the infection, Matt wonders, “Could I kill the one I love, to survive?”

Check out the book trailer for Zombified, created by Blue Harvest Creative!

On Friday, June 21, there’ll be a crazy fun blog party going on – The Zombified Release Party!  Jean will be hosting on her blog that day and is inviting anyone who’d like to participate, to join.

Here’s all you need to do –

Stop by Jean’s blog on Friday, June 21 and leave a comment – this’ll enter you in the drawing for signed copies of any two of Jean’s books – your choice!

Post a picture on your blog of you dressed up for Halloween and tell us a little about that fun time in your life, link it to Jean’s blog and you’ll be entered into the drawing for signed copies of any three of Jean’s books – your choice!

On Friday, June 21 post a review of any of the Zombie War books (Zombie War: The Beginning, Zombie War: Little Apocalypse on the Prairie, or Zombie War: Zombified) or an interview of Jean on your blog and get entered into the grand prize drawing for a $50 Amazon gift card!

As a nurse in the genetics department, Sarah witnessed firsthand the mutation of the AIDS vaccine. The affected patients attacked other people, craving the power of the human brain. The vaccine turned viral, spreading quickly. Sarah was among the few survivors of the initial attack, quickly learning how to defend against the undead horde. Would she make it in time to save those she loved? Even if she did, how would they survive in this horrific new world? 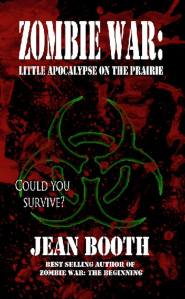 It’s been six months since the vaccine went bad and introduced zombies into the world. Matt and Sarah have gathered all the survivors they could find, protecting and teaching them how to survive in this post-infected world. They’ve arranged for one last raid into town to try and survive through the oncoming winter. Trouble is, no one could truly prepare them for what they encounter once they arrive.

Those remaining on the farm have been trained and organized into a cohesive unit. Would they be strong enough together when it really matters? Would any of them survive the Little Apocalypse on the Prairie? 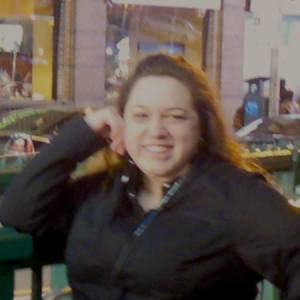 Jean Booth was born in the sweltering Vegas desert. She moved about during her childhood until returning to her roots in Northern Nevada. She’s happily married with 9 cats as her children. For the entirety of her adult life, she’s worked in healthcare, battling insurances and poor staffing to provide great care to those who need it. Her greatest escapes are the stories found in books and in her head that she’s finally decided to share. She can be found at http://www.JeanBooth.com

Connect with Jean on: